There is a huge range of insects here in the UK and they all play a fairly major role in balancing the local ecology.

However, there are occasions when insects can be a nuisance to humans; some are harmless but others can deliver nasty stings, whereas others spread disease and bacteria. Most insects in Lincoln can be readily identified but, there are some instances where insects from more exotic climes can find their way to the UK… presenting even the most expert and experienced pest controller with a challenge!

So, which insect can claim their rightful title… 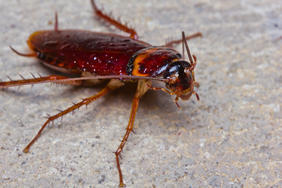 Possibly the most hated is the cockroach and no wonder when you look at its ability to spread bacteria and disease through a domestic property and business. Naturally living in heather and preferring sea air, cockroach numbers swell to such a capacity that they readily and easily find their way in to our homes.

The most loved of insects must surely be the ladybird; completely harmless, children’s stories and cartoon features ladybirds in many different shapes and forms. With 53 species found in the UK, they a play a huge role in keeping other insect populations under control; for example, an abundance of ladybirds in your garden will mean your home grown cabbages and other vegetables will not be bothered by green or white fly.

The most misunderstood, due to its name, must be the ear wig; they do not seek the ears of any mammal or animal but their name, over the years, has been ‘changed’ from the original ear wing to ear wig. It is thought because they are shaped like human ears, their name was adapted and although they may look unpleasant, their rear pincers are not used for pinching. The ear wig also has the most indicate and delicate of wing stricture too; in fact, the fan type opening of its wings some believe, influenced the opening and closing patterns of the solar panels on space shuttles and other space equipment. 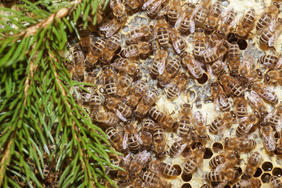 The most feared of insects must be the wasp, followed by the bee for some people. Wasps, in particular, can exhibit aggressive behaviour and reports in the media of ‘Africanised’ bees stinging people in their hundreds does nothing to allay people’s fears. These bees are rare in the UK, and wasps will only really attack if they feel under threat, so leave well alone.

Some insects find their way in to the home and were, in earlier time, common and almost accepted inside properties; it is only in recent decades, with our understanding of hygiene and cleanliness that we have become less tolerant of sharing our homes… 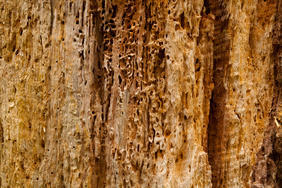 Inside insects can be anything from woodworm, carpet beetles, moths, flies of all kinds, fleas, bed bugs, silverfish and many, many other. Some insects, such as ants, find their way in to the home in search of sugary foods and once they find it, go back to their colony and tell all the other worker ants… before you know it, you have a trail of well-ordered, single file ants making their way to and from a delicious food source!

Infestations – what can be done?

There are some over-the-counter remedies, as well as various tricks to prevent infestations in the first place but no one is comfortable sharing their home with an influx of insects of any kind, whether they are harmless or not!

Mr Pesty has the answer; we respond quickly with effective treatment, as well as some great advice! Why not call us and be insect-free in no time!