In the vast majority of cases, moles and human co-exist without too many problems but, like all animals, too many moles concentrated in one area can start to cause problems.

So, what are the problems that moles can cause and how are they best dealt with?

The problem with moles

Moles live under ground; virtually blind and with large claw like paws, they spend their time tunnelling underground, rarely coming up to the surface and avoiding contact with humans, animals and, unless for breeding purposes, each other. They are not aggressive and cause us very few problems.

The live on insects and earthworms they find underground, preferring lose, sandy soil rather than heavy compact clay-based soil. 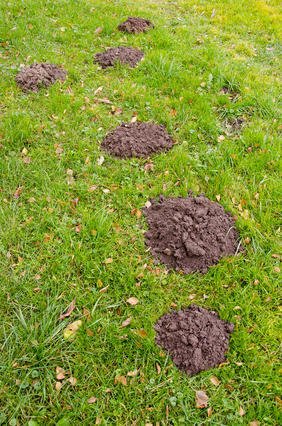 Like all animals, an imbalance in the population of moles, coupled with other factors such as building developments, often mean that moles end up encroaching on land that is not suitable; controlling moles is an important aspect of land management too and so, as a pest control company local to Lincoln, we know the importance of ensuring the population of moles is kept under control – as well as where they tunnel! 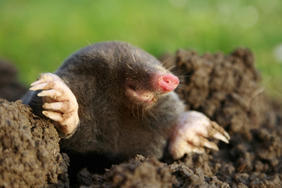 Moles can be dealt with in a number of ways but the situation dictates which method will be used. For example, moles that have ‘lost their way’ and are now tunnelling under sport pitches, bowling greens, recreational areas etc. are usually trapped and relocated back to their natural habitat – that is, local woodland.

In other areas, such as the countryside, when the population of moles in one area becomes so concentrated that the land is becoming unstable, a technique known as gassing is used. In order for a pest controller to use this technique, they will have been specially trained as the combination of gases and chemicals can be dangerous and volatile.

However, removing the moles is only one part of the pest control equation. Moles are not overly territorial animals and, unless there is a mole actively living in the tunnels, another mole will simply see a vacant tunnel as an opportunity to expand its empire, and move in.

In other words, the mole hills will keep appearing and the local green bowling team will still have hills galore to dodge…

Have a problem with moles?

There are methods and techniques that can be used to discourage moles from tunnelling in prized gardens and other green, grassed areas. All methods are humane and in accordance with current laws and regulations; don’t try and trap and remove moles yourself!